← The Acts of Whimsy
Do you act while you write? →

How Many Songs Can You Write In A Month?

My name is Errol and K.T. is graciously allowing me to blog on her website. I first met K.T. on the set for the musical I wrote: NaNoWriMo: The Musical. She’s a friend of Blythe Haynes, who played one of the main leads. If you wish, you can see K.T. in the first and last episode of the musical. She’s in the background dancing! 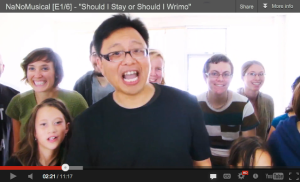 One of these people is K.T. Here’s a hint: it’s not the asian guy.

If you are not familiar with National Novel Writing Month, it’s one of those monthly challenges where you write a fifty thousand word novel in a month. Monthly challenges are getting more popular as of late – did you know there is one for every month of the year? You could keep yourself so busy your significant other will start inventing new ways to be upset with you!

If you feel that you wish to get in on a crazy, self-imposed deadline which has no reward other than satisfaction, there is one coming up in February related to writing music. It’s called February Album Writing Month (FAWM.org).

The website will open soon. Currently, it just has snow.

Thousands of musicians around the world congregate on this site and upload music they have written that month. And it’s totally awesome.

My bandmate told me about FAWM before we were bandmates. She tried to convince me it was fun. Up to that point my current record for song writing was about one every two months and a number of soundbites of me belching into the mic.

But I was game to try anything because I was impressionable. I made myself a goal: write two songs. If I could do that, then that was two more songs that I could inflict on my friends.

Once February started, I got involved with the community and fully immersed myself into being a newb fawmling.

I had a blast.

This was surprising to me because I’m a geek and I like talking and writing about geeky things. Musicians usually reflect on things like emotion, drama, and drinking. 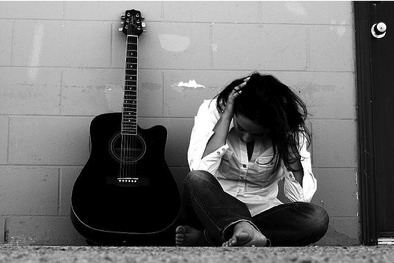 The world is pain. So we sing about it.

What else did it help with? It stretched me musically. One person asked me to write a jazz song. Did I know how to write a jazz song? Of course not. But I was going to try. I also wrote a polka, a tango, some country songs, and whole host of other styles I never would have attempted. 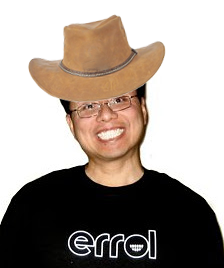 Country and me definitely don’t mix…

In the end, that year I wrote almost forty songs. Obviously most of them were collaborations and, because of me, quite amateurish, but it was much more than I had hoped for.

Finally, it’s a site of encouragement. People know you are writing fourteen songs in a month. No one is expecting Mozart. There are people like me that lower the bar! The forums and the comments are there to encourage you to keep going! There are online chats, streaming radio shows, challenges, a whole host of things to keep you occupied for the month.

The community aspect is great! You have at your disposal the expertise of thousands of musicians. They know what they’re talking about, they know what you’re doing, and they are just as excited about writing music as you are.

My bandmate was right, it was a lot of fun. I’m coming up to my sixth year now and I can’t wait to get started.

And now… I’m in a band. That’s great for me. Maybe not so great for my bandmate. 😀 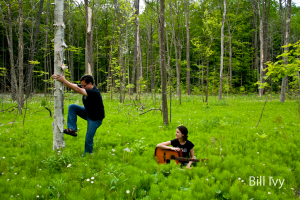 Debs and I. She likes to be all emotional with her guitar. I like to climb trees.

Errol Elumir likes to create geeky things. He has done NaNoWriMo for 7 years, his last time writing 50,000 words in one day. This will be his sixth time doing FAWM.org.

He is the co-creator of Nanotoons, he is the co-writer of the NaNoMusical, he is in the geek band Debs and Errol which has a daily webcomic, and he has a blog about knitting.

Currently, he has an IndieGoGo campaign to raise funds to put out a NaNoMusical CD.

← The Acts of Whimsy
Do you act while you write? →