← What I Learned at Can-Con 2016
Recovery and Discipline →

How fast it all moves…

I need to eat my words, I’m afraid. Last week, I said:

I want [SFWA membership]. I want this so badly. It’s a long game: I doubt very much I’ll be strolling into the Nebulas next year. But you keep going.

You should still keep going. Always. But the same day I posted the above, I checked the rules for membership to the Science Fiction and Fantasy Writers of America more carefully. Authors are eligible for Active Membership with, among other things…

“Wait,” quoth I. “When did I sign the contract for Yeti’s Parole Officer?” 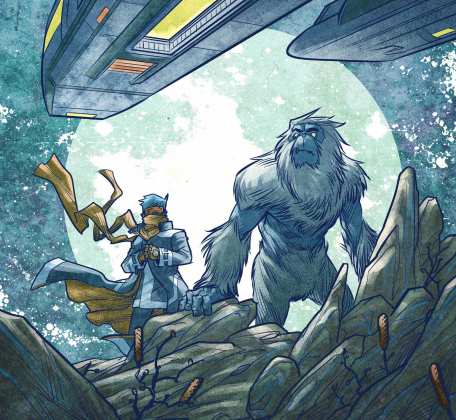 Turns out I made the sale on 08/20/2014. Which means that I’ve actually been SFWA-eligible for over two years.

So after a little head-shaking, I sent in my paperwork, and received my approval a few days ago. I’m in! Huzzah! And…it looks like I will be strolling into the Nebulas next year, at least to take in the atmosphere and meet people.

A lot can happen in a week.

When I was a wee sprogget, I wanted to be published by the time I was 25. I have vivid memories of my first year of university. February in Toronto is an interminable stretch of grey, cold, and slush. It’s when you fear that spring will never come. So I plodded along, miserable, these newfangled “podcast novels” trickling through my headphones. 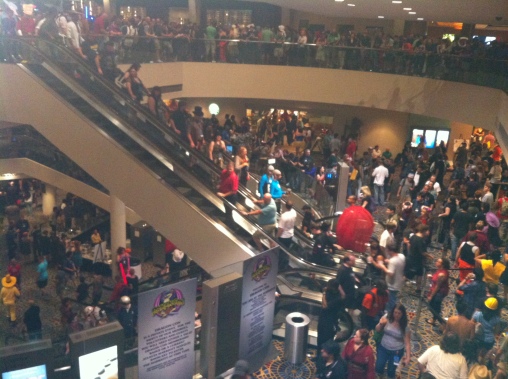 Dragon*Con 2013. The Marriott on Saturday night.

I’m 25 now. When I look at how much things changed in seven years—well, first of all, seven years? What??? But also—holy frak, nothing is the same.

We can’t always see those changes, is the thing. Sure, sometimes, there’s a big milestone. Selling a novel. First time on a convention panel. Landing the agent. But more often, there’s all these tiny little steps that accrete, almost without your realizing. Those little steps provide the foundation for those big milestones. So, I suppose, while it seems like things can move very quickly, there’s a much longer process happening under the surface. Yeti’s Parole Officer came about, indirectly, through Hapax and my scriptwriting.

So maybe a lot can happen in a week. But none of it happens without the seven (or five, or ten, or fifty) years preceding.

Ola Gjeilo once again, returning to an old favourite: his “Northern Lights” piece, which uses an absolutely gorgeous text. I mean, listen to this:

Averte oculos tuos a me

Thou art beautiful, O my love,

sweet and comely as Jerusalem,

terrible as an army set in array.

Turn away thy eyes from me,

for they have made me flee away.

How wonderful is that? A great and terrible beauty, much like the aurorae themselves. *swoon*

← What I Learned at Can-Con 2016
Recovery and Discipline →