Theatre Ought not be Safe

I was all ready to write a post about T.S. Eliot and a particularly evocative line of his, but then this happened:

At the very least, you’ve probably heard about this. Mike Pence attended a performance of Hamilton. He was booed. Following the show, the cast made the following statement:

“We, sir — we — are the diverse America who are alarmed and anxious that your new administration will not protect us, our planet, our children, our parents, or defend us and uphold our inalienable rights. We truly hope that this show has inspired you to uphold our American values and to work on behalf of all of us.”

By any objective standard, it’s a measured, civil statement. Pence said he “wasn’t offended.” But of course, this happened:

….is a place where anyone can relax and be able to fully express, without fear of being made to feel uncomfortable, unwelcome, or unsafe on account of biological sex, race/ethnicity, sexual orientation, gender identity or expression, cultural background, religious affiliation, age, or physical or mental  ability. (Advocates for Youth)

But that, pals, is just common decency and courtesy.

A theatre ought not to be a safe space in that it is a space free from dissent, protest, and conflicting viewpoints. Drama, lest we forget, is founded on conflict. Not just conflict within the plot and characters of a piece, either. Theatre has always served—as one of its many functions—as a forum for the oppressed, the marginalized, the voiceless, and the Other.

Dissecting the history of politics-in-theatre would take a book, not a blog post, but I’ll point to Augusto Boal’s “Theatre of the Oppressed” (theatre as means of promoting social/political change), Bertolt Brecht and epic theatre (political theatre aimed at commenting on/changing social processes), Athenian satire plays (aimed at commenting on/changing the Athenian democracy), and even theatre-in-education (while generally not overtly political, TIE encourages students to form, test, and evaluate their own opinions on various subjects…by using theatre techniques to assist in reaching educational goals).

Do you notice any themes here?

And I know I’m probably preaching to the choir here. Theatre is a commentator and change agent. What else is new?

What’s new is that this may not seem so self-evident in years to come. And that’s why it is important to speak out about it—so that we don’t lose sight of what theatre does. Have you ever noticed, autocrats tend to go for artists early on? This is why. Art pushes back; it always has. What’s more, it is damn good at commenting and fostering change—because art makes the makes the Other familiar; and the familiar, Other. When the Other isn’t the Other anymore—when they’re human, when there’s common ground—it becomes a lot harder to oppress them. 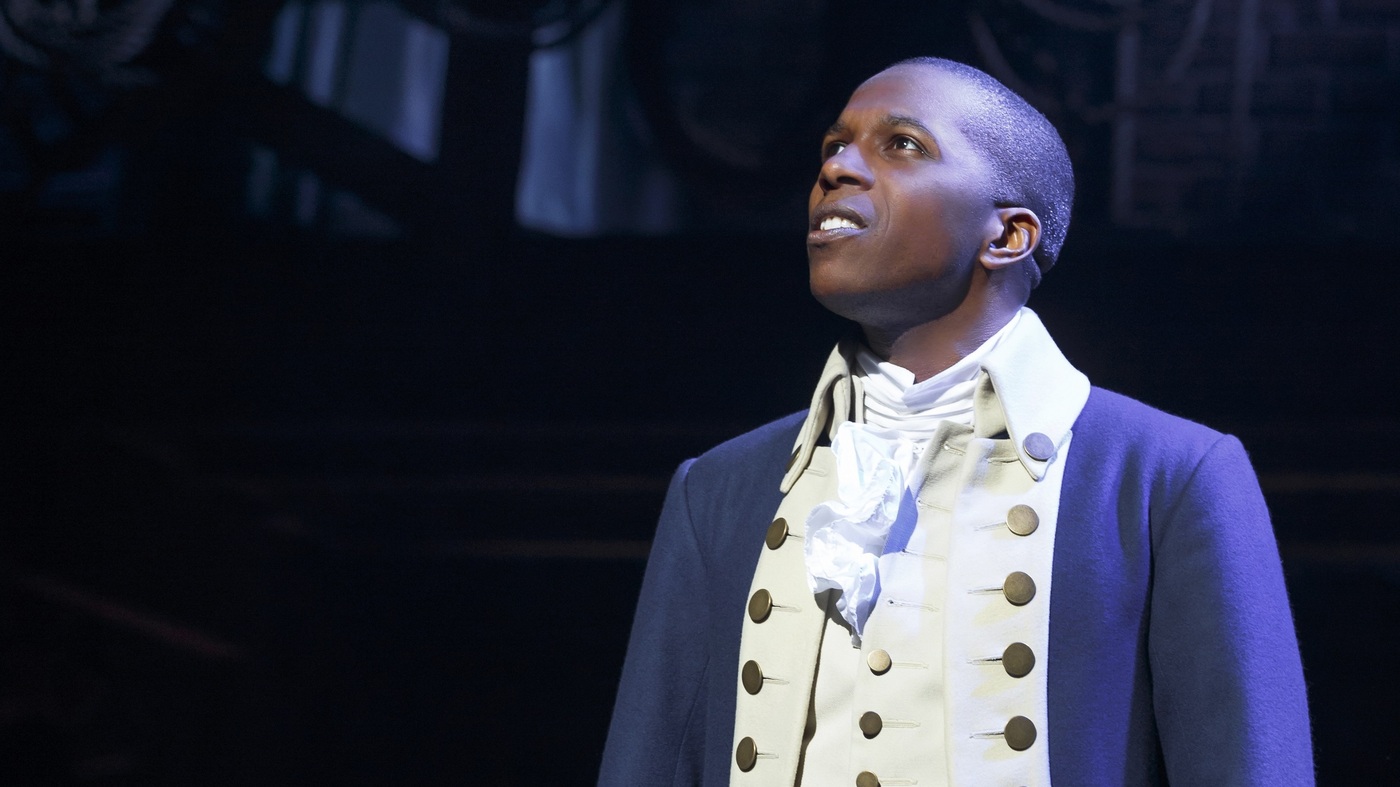 While I know intellectually that the historical Aaron Burr did not look like this, this is now my default mental image of him. I find that very, very cool. (Image courtesy http://www.npr.org)

Granted, there has been some debate about whether it was appropriate for the cast to address Pence. Honestly, I’m not sure they could have avoided doing so. Every incarnation of art is a product of its time, and Hamilton is perhaps more so than most. In this particular political climate, this particular play would have completely undermined its own thesis by keeping silent. Hamilton is the “Other” America—the America that did not vote for Trump. Pence, of course, is free to see whatever shows he likes, but we all understand, “Ev’ry action has its equal, opposite reaction.”

So yes, it was appropriate. It was respectful. It was not harassment. But nor was it a particularly safe move. It was something far more—it was brave.

Oh, I should probably put a Hamilton song in solidarity, but that’s not what I was listening to this week. It’s a little early, but bring on the Christmas music. This week, it was Pearsall’s arrangement of “In Dulci Jubilo.” It’s a macaronic piece, which means it throws together Latin and English willy-nilly. It’s also rather heartbreaking in the final verse, yearning, “Oh, that we were there!”