← A Good Time to be Tired
Writer/Author/Artist →

Welcome to 2017, everyone. The year’s unfolding like a blank sheet of paper: no creases or smudges yet. As per my own tradition, I’ve written out my creative goals in Sharpie and tacked them above my desk. There, they’ll serve as a north star for the year: something around which to orient myself.

But I don’t really want to talk about my creative resolutions. They’re there: novels and scripts and short stories, oh my! I’ll do them. You’ll see them unfold over the next twelve months.

No, I want to talk about a question posed to me by a friend: “Do you have any personal resolutions?” I hemmed and hawed and eventually said no, not really, but the question stuck with me. I mean, I’m generally quite happy. My friends are awesome. I love living in my little garret. I have a weird-but-charming cat.

I’m still working on getting my French back up to snuff. Does that count?

Then I thought vaguely that I might like to attend to my diet better. Whilst I’m in good health, it occurs to me that my family’s track record for stroke and heart disease is not super fantastic, and it might be better to bolster my defences now.

See, I didn’t grow up with Star Wars. Leia was not my first princess, not my childhood heroine. Instead, I got hit with the prequels. They left me terribly unimpressed, and I didn’t find my way to the original trilogy until university.

And then—well, then, of course I fell in love with Princess Leia. How can you not? She’s the one with the caustic humour; she fires the guns; she is strong and brave and good.

But all that aside—it’s a mix of General Organa and Fisher herself that impresses me most. Tough. Resilient. Still delivering caustic humour (my God, that wit!). Sure of herself and who she is. It was really only when she did the media rounds for The Force Awakens that I saw that side of her—tough as nails, smart as a whip, and a heart of gold.  Of course, of course she was human. I’ll pass on following all her examples. But dammit, she was a good human.

Did you know that she was a talented script doctor? I didn’t until earlier this year. It didn’t surprise me much.

And you know about her mental health advocacy, right?

And the books? Fiction and non-fiction? 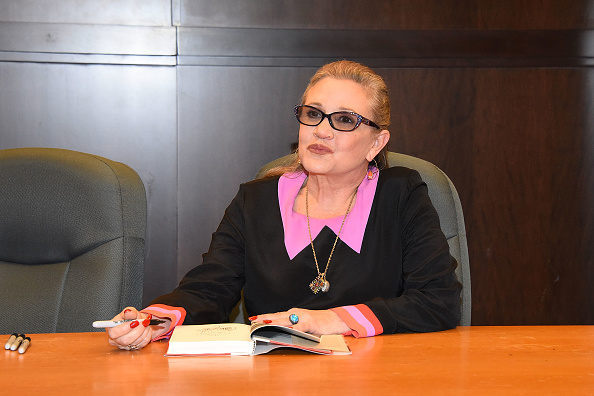 For so many children, Princess Leia showed that girls can shoot just as well as boys, that you can be tough and tender, and that heroines get shit done. For me, I nurtured a gradually growing admiration for Ms. Fisher: for her honesty, her talent, the way she carried herself. Until suddenly, she was gone. It still doesn’t feel real. There’s always a certain bafflement, isn’t there? How does someone so loved, so vibrant, just go out like a snuffed candle? 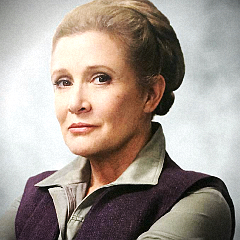 So that’s what I’m thinking about as 2017 opens. I know I can write stuff and produce stuff and keep to goals and timetables. That’s great—but in this brave new world, it’s no longer enough.

May the Force be with you.

For no particular reason, this Mendelssohn piece came floating through my head. It is absurdly catchy—especially the alto line—so once it struck, it stuck.

Listen to the alto and soprano lines twisting around each other like ribbons—they’ll run in counter directions for a bit, join back together, support each other…it’s really quite wonderful.

← A Good Time to be Tired
Writer/Author/Artist →