How “Doctor Who” Helped Me Deal With Life Changes

I’m not even quite sure where to start. It’s been a time. It’s also been a week since I moved from my beloved little garret, and we are…settling in. Kind of. Change is hard, change to my home environment harder still. I do not do well when I’m uprooted.

(Sidebar: which is why I’m amazed that people can routinely move between cities, provinces, and countries. It’s like…how? How do you transplant yourself somewhere completely new, where there is nothing familiar? I’ve only done it temporarily, and I am not keen to try it again anytime soon.)

But we are getting there. Guinness has become braver in his explorations. I vacillate between “ahhhhhhhhhhhh” and “wait this isn’t so bad and I specifically chose this neighbourhood because it contains ravines and many of my friends.” For now, I hold out hope for an eventual triumphant return to Little Italy, because…well, I can’t really do anything else.

And the office set-up is really quite cute. That’s my stable point, too. As long as I have a solid place to do my work, I can handle quite a lot else.

With all this change, though, something has helped immensely. Apologies, as this was cross-posted to Twitter, but I think it’s worth repeating here.

I’ve been watching a lot of Doctor Who regenerations. Not full episodes, mind you. Just the regenerations. In doing so, I’ve noticed a rather helpful pattern.

It happens after something big

The Doctor doesn’t just regenerate willy-nilly. S/he regenerates after some big adventure, some massive outpouring of effort that would usually result in death.

But anyway, regeneration happens after something monumental. The Doctor is almost always wounded. S/he is almost always in pain. Sometimes, s/he is alone.  And so we usually see the Doctor stumbling around the TARDIS, knowing that regeneration is inevitable but still attempting to fight it off, just for those last few moments.

This is the hard part: the letting go of the old self.

They can always see it coming…

Sometimes the Doctor makes a speech for his/her successor. This is where everyone cries. This is where we find out what’s been really important to this iteration.

This is when s/he puts his/her old self to rest. The chapter closes.

When it finally happens, after all the lead-up, all the inexorable steps, regeneration is violent. There’s fire. Explosions. The TARDIS gets damaged. It is not a pretty, gentle transition. It’s like the phoenix conflagrating.

It’s that thing where a lot of small changes build up until there’s a MASSIVE change.

A new adventure starts right away

But then the music changes. Humour ensues. There’s very little time spent mourning the old Doctor—we hit the ground running right away with the new.

We’re onto the adventures only the new Doctor could have. And the Doctor always wears a specific face for a reason; it underscores his/her personal arc. The universe needed the War Doctor at a very specific time; it needed Smith’s off-kilter gregariousness just as much.

It’s okay to be in pain. It’s okay to be wracked with upheaval. This is the stumbling-around-the-TARDIS phase. There may be a big explosion of light and sparks soon.

That’s when the adventures really begin.

We all change, when you think about it. We’re all different people all through our lives. And that’s okay, that’s good, you gotta keep moving, so long as you remember all the people that you used to be.

For obvious reasons, I’ve been thinking about cycles a lot. The dance of creation-stability-destruction, the phoenix and its ashes, the Doctor…

2018 has been a rather more tumultuous year than expected. But I’m excited to see what subsequent chapters bring.

This song is ending, but the story never ends.

I’ve used the composer Brunuhville for writing playlists before. It’s all very epic-cinematic-fantasy music. To the surprise of no one, this one also touches on the idea of cycles, of falling darkness leading to dreams…

Inevitably, they end in despair and files deleted unsaved. I’ll get to about this point, actually, and then my fingers freeze and my mind races. Who would want to read this? Who wants to read anything I write? I can’t write ads for cereal boxes. Look at me, about to gut Strix and start it over for the third time. My writing sucks, and hey, I could also be a better friend, sister, daughter, employee….

I haven’t deleted this draft yet. This is progress.

Many writers are prone to fits of insecurity and self-doubt. We all know the stereotype: the tortured writer pulling their hair out, utterly convinced they’re nothing more than a hack. 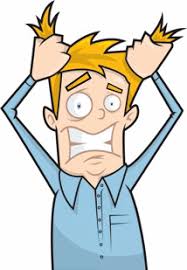 Sometimes, it isn’t about writing.

My paralyzed silence isn’t entirely writing-related. A while back, I was informed that by asking my friends for help following my dad’s death, I was being a self-absorbed burden on the people I loved most.

It still bothers me.

For the past few weeks—about as long as I’ve been struggling to write anything—anxiety over my friends has been tearing me to pieces. Are they sick of me? Why can’t I just be my old self again? I totally am a burden. I’m no fun. Who in their right mind would want to hang out with this sack o’ sad?

And if I had a nickel for every time someone’s said, “That’s ridiculous. We’re your friends,” I could enjoy a lovely early retirement at the age of 22.

Right here, at this point right…now, I really want to give up on this blog post and withdraw back under my covers. Let’s see if we can make it through.

Because here is the connection. I’ve become scared to come out of my shell in real life, for fear that people will just think, “Pfft, KT, still sad over everything. Why can’t she keep her thoughts inside like a big girl?”

What that comment did several months ago was punch every button in my psyche, confirm every whisper that says, “You’re worthless, they don’t like you, they just feel sorry for you, and you’d better watch it because I don’t think you read social cues well enough to tell the difference.

And it’s that last one that’s damning for writers in particular. For fiction to work, people have to care. There is no tangible benefit to fiction. Not like there is to something like deck-building. If a deck-builder comes to my house and I pay them money, I get a deck at the end. If I go to a bookstore, buy a book, and read it, I have a book.

But I didn’t pay money for a bundle of processed wood product. Really, I paid for things that don’t exist: characters, places, and events that someone made up. Also a whole bunch of new thoughts, ideas, and feelings…but those only come if I’m willing to invest some part of myself into the figments of someone else’s imagination. Fiction doesn’t work if no one cares.

But if you’ve somehow convinced yourself that no one cares about you, the intrinsic, essential you, then it logically follows that no one would care about the products of your mind.

That “X” button at the top right hand corner looks tempting…but I will finish this.

I’ve been spending a lot of time hiding out in my room because I can’t face imposing myself on my housemates. I’m quiet in choir because it’s easier to stay behind the safety of my walls. My days in the brewery are my saving grace because I’m distracted by things I love, but I can run the historic kitchen on autopilot—and autopilot is dangerous because it lets me spend too much time in my own head.

Silence feels safer. But silence inevitably spirals into nights lost to tears and nightmares. And inevitably reminds me of the Silence: 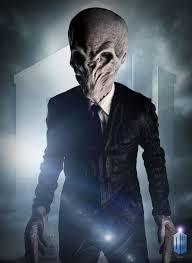 I have to tell stories about six-winged redheaded goddesses and rural villages hiding dark secrets. I have to talk about my heroes’ endless searches for safe harbours and the terrible costs of my villains’ isolation and rigidity.

And sometimes I just have to say:

We did it. Thank you for reading.