At Home with Monsters

Pondering two separate-but-related things this week. First, I went to At Home with Monsters, the Guillermo del Toro exhibit currently on at the Art Gallery of Ontario. The exhibit purports to bring patrons inside del Toro’s home, “Bleak House.” It features art and books he holds dear, along with costumes and models from his films. 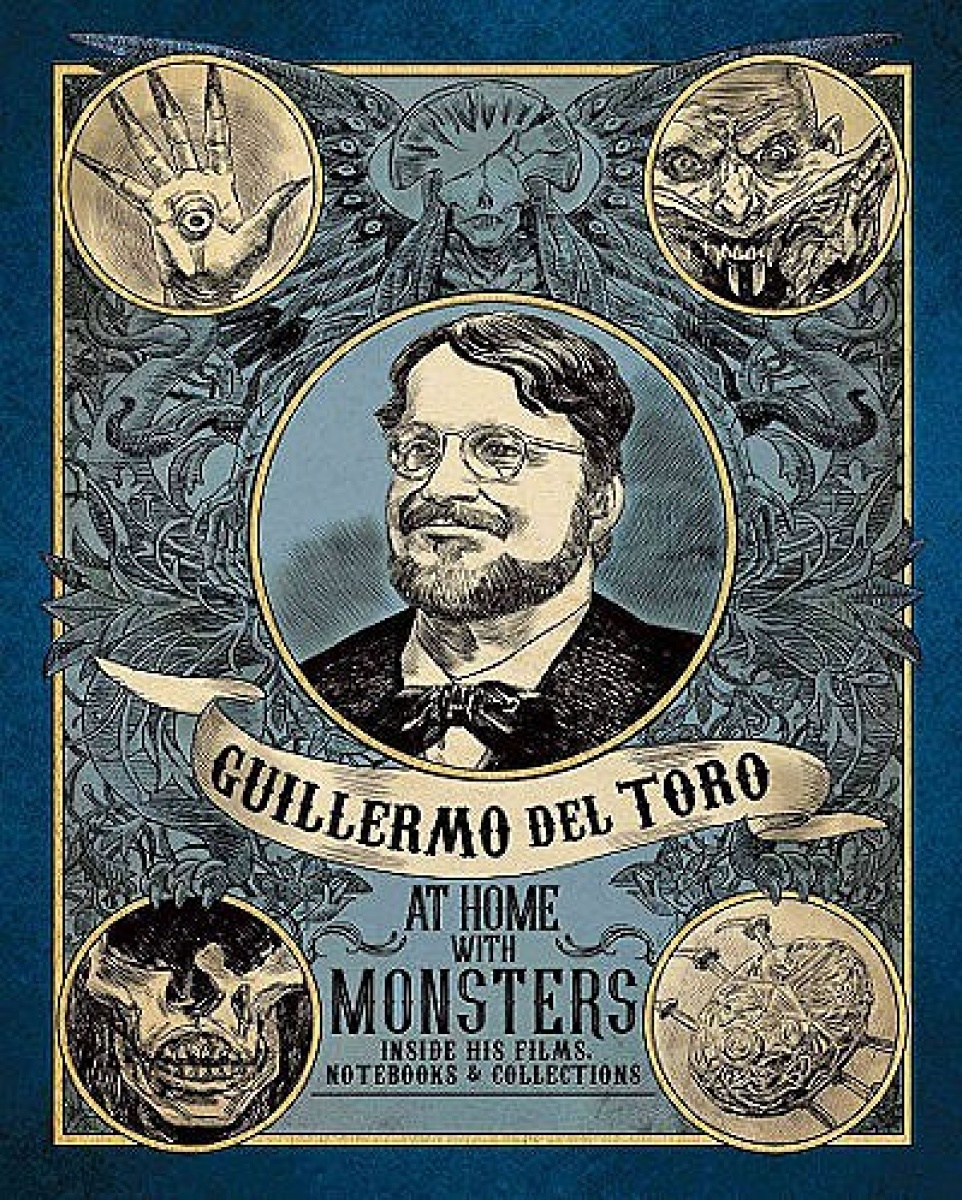 It’s a fascinating look into the creative “mulch” from which an artist’s work grows. The exhibit drew largely from del Toro’s childhood influences: a conservative Catholic grandmother, fairy tales, comic books and movie monsters. (No wonder I like the man’s work so much.) Montages from his films then show how those influences translate to his art.

It occurs to me that while the exhibit references his physical house, it’s mostly about home in a metaphorical sense. What mental furnishings does del Toro have; what relics from childhood and family tradition lie semi-forgotten in the attic of his mind, hauled back to light when least expected?

We all have such a mental home, of course, outfitted with whatever pieces we’ve picked up along the way. Which relates to my second pondering…

I’ve been thinking about my dad a lot this week. Partly, it’s the season. The fifth anniversary draws nigh in a month or so, which…fuck. Partly, this tends to happen around Remembrance Day, with all our choral pieces focused on death, loss, and memorializing.

Thinking about my mental home, grief and loss feature pretty prominently. Look at the fiction I’ve written since he died. It shows up again, and again, and again, like I’m telling myself the same story in hopes that this time I’ll understand the ending. 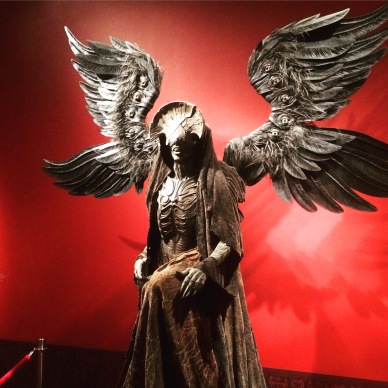 “The Angel of Death,” from “Hellboy.” In all the exhibit, this piece struck me the most.

But there was an unexpected thought in all this. I don’t have to be afraid anymore. See, for a good few years after Dad died, my operating rule was that – eventually- everyone dies or leaves. No one was for Keeps. No one stayed forever. Sometimes that assumption was consciously articulated; sometimes it just underlay everything, like the lowest, half-heard rumble from an organ.

It runs all through my fiction: this obsessive fear of loss. Sometimes, that works (Six Stories). Sometimes, it doesn’t. (I can name probably half-a-dozen short stories off the top of my head.)

The mother from “Crimson Peak.”

But here is something I’m still trying to puzzle through. Grief and loss and death are my monsters—some of them, anyway. They live in my mental house with me; I’ll never get their stains out of the carpet and wallpaper.

But I’m not afraid, precisely, in quite the same way.

It’s a bit like my fear of Medusa (who also appeared in the del Toro exhibit, to my equal delight and dismay). Medusa’s a monster in my house too. But I’m not afraid—in fact, I’ve co-opted the gorgon image for myself, turning a symbol of my utmost dread into something powerful, strong, protective.

She’s a monster I live with. Though I fear her, I’ve got the power, now.

We all have monsters. I think their appearance in our art is inevitable. I’m not sure that you can write about them while you’re still afraid of them. I think that for art to be successful, you need to have some distance from it, to let it work as art in itself, rather than a veiled autobiography. Art is synthesis, not straight translation.

And my roundabout point is that I think grief and loss are finally undergoing the same transformation for me. My monsters, my furnishings, but not something that controls me. Rather, something I can co-opt, something I can drag out from the attic when they’ve mouldered into something less recognizable, rather than using them straight-from-the-box.

What can you write, if you’re not afraid?

I’m not entirely sure. I guess we’re going to find out.

PS. For more information about At Home with Monsters, click here. I will definitely be returning; my one regret is that I had an appointment to keep, and so rushed more than I would’ve liked.

Love me some Ralph Vaughan Williams, but I’d never heard this cantata before now. According to the accompanying notes, “Dona Nobis Pacem” was written in response to “…war, or the deepening sense of trouble which by the mid-1930s seemed set to explode into war.”

Equally disturbing and reassuring as a whole, the second movement (starting around 4:00) is one of the most intense and angry choral pieces I’ve heard in a while. I think we know one of Vaughan Williams’ monsters. Also listen to the quiet, driving drums and baritone in the fifth movement (26:40)…before the choir explodes into more anguish, followed by a glorious final movement.